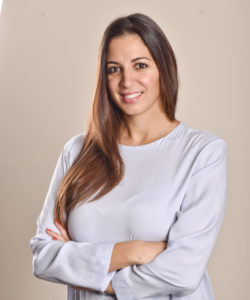 Speaking at the Malta Chamber’s A Family Affair conference, Ms Xuereb said that the key to success was by not trying to fit a square peg into a round hole – meaning that the succeeding generations had to take up the role not out of obligation but out of choice.

“Many people in Malta don’t distinguish between shareholder and director. One can remain a shareholder but not necessarily be an executive or non-executive director,” Ms Xuereb said, adding that not everyone necessarily had the expertise to move the business forward and that there was nothing wrong with having a non-family member at the executive level.

Ms Xuereb said that there needed to be time allowed for the process and that the first seed for transition dated years back. “The extent to which non-family members are involved varies from one business to another.” She said the company implemented the necessary organisational and financial structures, including an audit committee and a board of directors. “We needed to have the right checks and balances in place. We were thinking of children and further generations.”

The second generation of a family business is only as successful as the first allows it to be, Ms Xuereb stated. “It’s not easy for the founder to accept that their time is nearly up and that they might have to take a step back to, but in our case, my father had the foresight to start early. He would ask for my opinion and encouraged me to pursue my own solutions even when we disagreed. He said we would need to be able to stand on our own two feet, even when he was out of the picture.”

Ms Xuereb also shared some tips on navigating the relationships involved in a family business. “You have to keep work at work and family. Arguing at work is not a bad thing, but then you may end up facing that same person at a family event. You can’t bring sisterhood into the boardroom – you have to maintain the distinction between family and home. It’s not easy, but as long as everyone tries to keep the two apart, it can work.”

Stating that there were no hard and fast rules to follow in success, Ms Xuereb said that what can work for one may not work for another. She concluded by sharing three key thoughts – “respect the core values of the business; know your personal strengths and limitations; and accept that change doesn’t happen overnight.”

Every Cloud has a Silver Lining
Scroll to top
We use cookies on our website to give you the most relevant experience by remembering your preferences and repeat visits. By clicking “Accept All”, you consent to the use of ALL the cookies. However, you may visit "Cookie Settings" to provide a controlled consent.
Cookie SettingsAccept All
Manage consent